On a rare trip down south I am taking time to see what’s happening on the beaches of Dorset. After months of storms, rain and flooding the access to most beaches is tricky  but what I am finding out after sliding onto the rocks and sand is both sobering and hopeful with interesting positive initiatives.

While there was only limited access to the beach at Kimmeridge Bay due to minimal low tides and the Dorset firing range flags flying I was still able to see that stony strandline under the cliff edge was punctuated with dense knots of tangled line, rope and rubber strips presumably originating from fishing gear The knots ranged from 30cm -1.5m across, big objects to be floating in the sea and to be hauled off the beaches by volunteers. 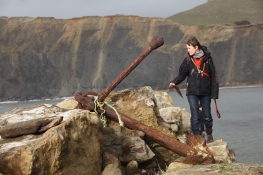 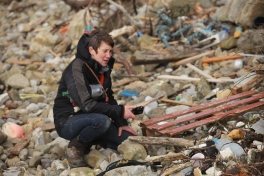 Kimmeridge is fortunate to be home to the Purbeck Marine Wildlife Centre (run by the Dorset Wildlife Trust) which promotes active beach cleaning and creative ways to recycle the bigger lengths of fishing gear washed up by selling them (nets & bouys) to visitors to  decorate their garages and garden sheds.

Both Kimmeridge and Swanage Bay beaches plus several other smaller ones I visited have adopted the Sea Clean initiative of installing simple pipe bins to encourage beach goers to collect the thousands of metres of plastic fishing line littering the beaches. I found Swanage Sailing club beach approximately 100m long littered with tens of smashed lobster pots and the ubiquitous plastic bottles. Feeling shocked and saddened I was happy to hear that the beach is also home to a large variety of seaweeds which I will go back to take a closer look at. 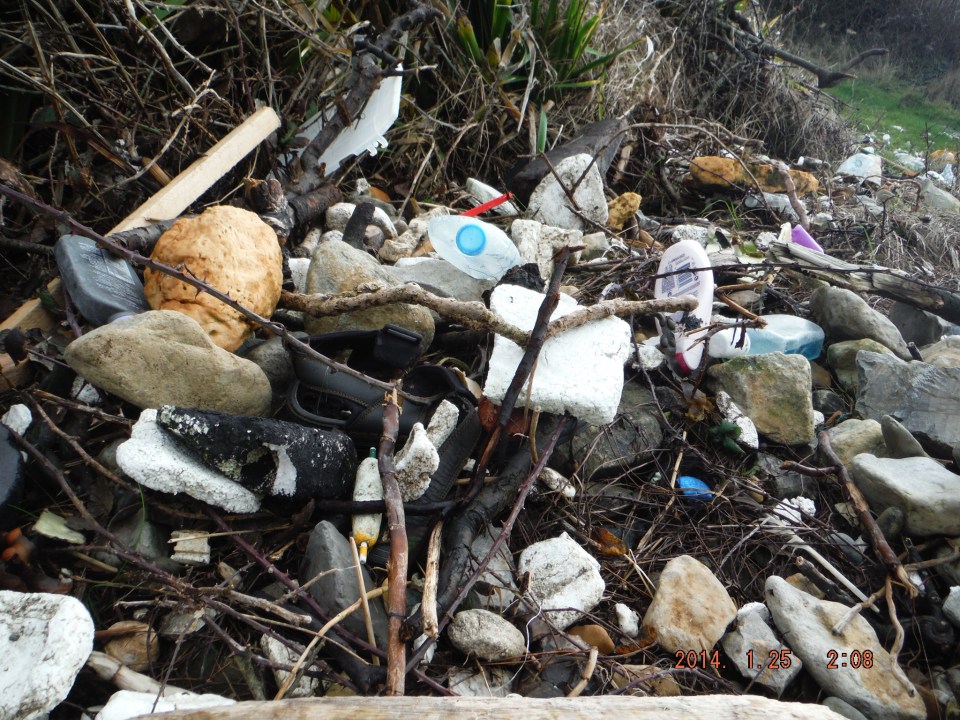 Chapmans Pool between Swanage and Kimmeridge proved the trickiest decent yet and an an even harder ascent several hours later. The continuing winter storms have washed that idea clear away as I look along the volume of litter that is backed up along the slipway wall I feel that drowning feeling I first felt on Altandu beach on the Ross-shire coast, when I made my decision to somehow address this issue began. 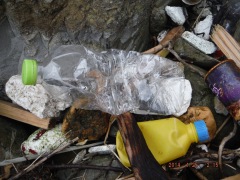 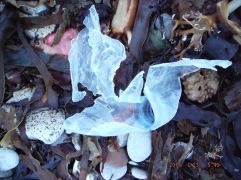 Plastic bottles … How many bottles can be washed up onto 1 sq m of beach? On this day on this beach I have counted 23 besides all the other things.