The mapping process of NEO Terra continues. At the top of the hierarchy of notation  on the map are the island names writ large : WAD, BALER WRAP, PIPE, CRATE, CAP, BOTTLE, STRAPPING, CORD, ROPE, NET, WRAPPER 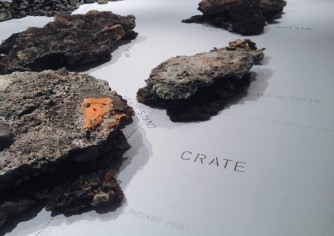 Following the map makers traditions the marine features such as Bays and Sounds are named after the island it is next too/part of e.g. Cap Sound,  Bay of Net .

The naming of coastal places spotlights the material the island is made of and our habits and actions causing this Plastic Litter Pollution Crisis. 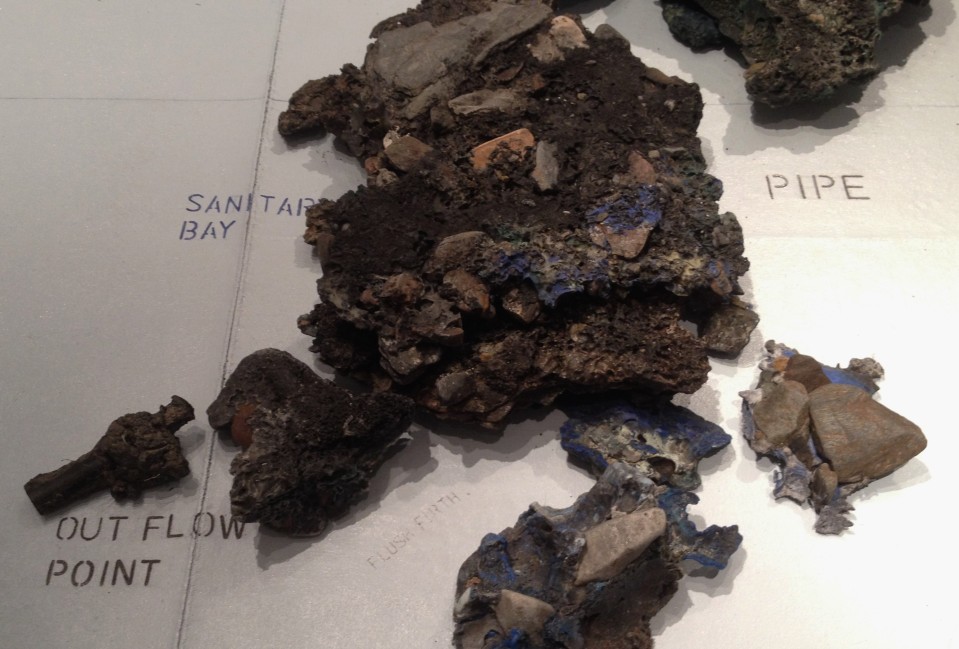 On PIPE one of the long main islands, the southern tip is named ‘Out Flow Point’ slightly round the coast is ‘Flush  Firth’ and a little further north up the dark grey coast I write ‘Sanitary Bay’ thinking of all the wipes, tampon applicators and cotton bud sticks found on so many beaches.  On WAD the place names reference the sources of wads & cartridges from the use of guns  either shooting or seal scaring…….. 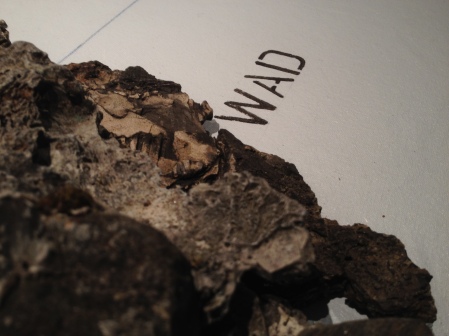 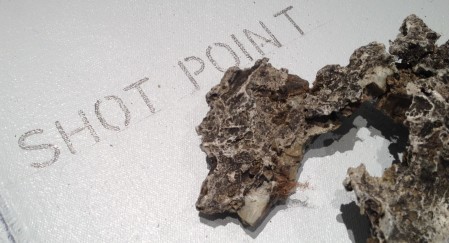 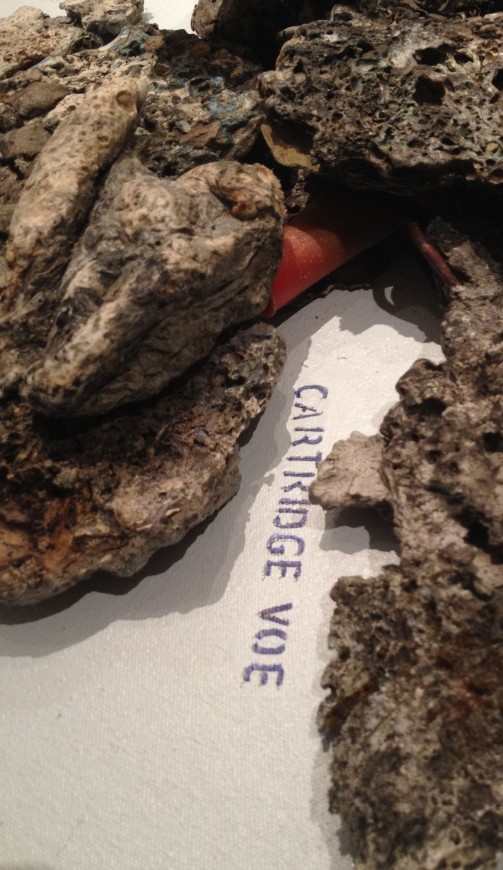 Last week I sought advice from Eileen Brooke-Freeman (Shetland Amenity Trusts expert on Shetland Place names) to join me around the map to discuss local names and terms used to describe coastal features.

Eileens input has enabled me to add another layer of  naming to the map eg:on one of the Northern Wrapper skerries, above, Eileen names  ‘Slip Skerry’,  (Slip meaning to drop) a perfect subtle Shetland name . Eileen  smiles and explains that skerries are often named after animals, birds, or their shape and as we are focusing on actions  that lead to the islands shape this name works well. 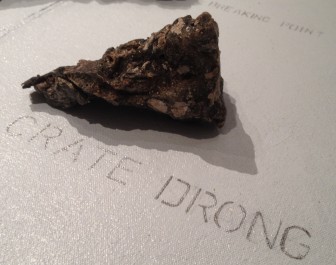 We work our way around the map, discussing the terms for the coastal features and we end an enjoyable collaborative session  off the South West coast of CORD  where I have previously named ‘Melting Point’ and ‘Burn Beach’ Eileen suggests  ‘Da Melts’ (The Melts) would link in well. I look forward to sharing & discussing  terms we have used and the message behind each of the  place names with pupils who are visiting the exhibition over the coming weeks.